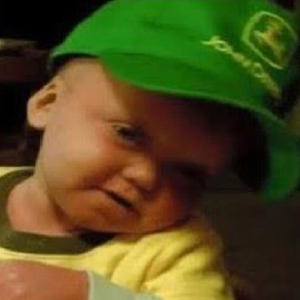 Colin Mosley never showed any symptoms of being sick he just had little orange spots on his head. After a few months and several doctors visits we ended up at University of Chicago seeing a pediatric dermatologist. Biopsy showed that they were benign but the doctor was worried about the size of his belly.

She ordered blood work and 5 days after his first birthday we were being rushed back to University of Chicago and told that he had Juvenile Myelomonocytic Leukemia  (JMML). This type of leukemia only affects 1-3% of all pediatric leukemias. Three (3) months after diagnosis he had a bone marrow transplant. Everything seemed to be going smoothly until the graft-versus-host started up.

Throughout his 4-year battle it affected his liver, GI-tract, and chronically affected his skin. Colin endured an immeasurable amount of tests, central lines, infusions, surgeries, and complications. One (1) year after transplant he got a severe eye infection (called capnocytophaga), which they thought would cause him to have the eye removed. He received eye drops every hour and constant watch to prevent the cornea from tearing further, and he managed to heal through it.

Two (2) years after transplant he went into diabetic coma, and they didn’t think he would make it through the night but Colin in true form continued to fight and came out even stronger.

Continuous stays at Comer Children’s Hospital were anywhere from 1 month to 9 months straight. For the last year of his life Colin had to be on 24-hour oxygen and Total Parenteral Nutrition (TPN) with constant IVs every 4 to 6 hours. Colin’s little body finally got to the point where it was shutting down.

The last week of his life he fought with everything he had, and pushed on, breathing through half of a lung. Colin passed on July 10th 2014 at University of Chicago, Comer Children’s Hospital.

He will always be remembered as a strong, happy, inspiring little boy who loved Elmo, Yo Gabba Gabba, fist pounding, rocking and snuggling.